You are here: Home / About Me / That time I gave a speech when I wasn’t yet in third grade

People have often commented on how comfortable I am in speaking roles. Thing is, I have to know my material down pat.

What most people don’t know is that I gave my first speech when I was 8 years old.  I revisited this yesterday at Thanksgiving, spent with a friend. It turned out her dad had worked at the same place my dad had, though not at the same time.

In connecting these dots, I realized that one of the things that made me know what year my dad had left that organization was that it was the same year I had given my speech. In sharing this, I date myself. But it’s an important story. The speech I gave was about my dad.

You see, he has cerebral palsy, and that year he was working for the Commonwealth of Virginia in their office on developmental disabilities.  There wasn’t an ADA back in those days, and my dad faced a lot of discrimination. So it was no small thing to be a rising third-grader, standing up in front of a conference of 300 people convening to talk about disabilities and tell them that my dad was awesome.

We cheered with him when the ADA was passed but we still have a long way to go with regard to seeing people for who they are rather than what condition or disability they have.

My dad still is no different from any other dad. 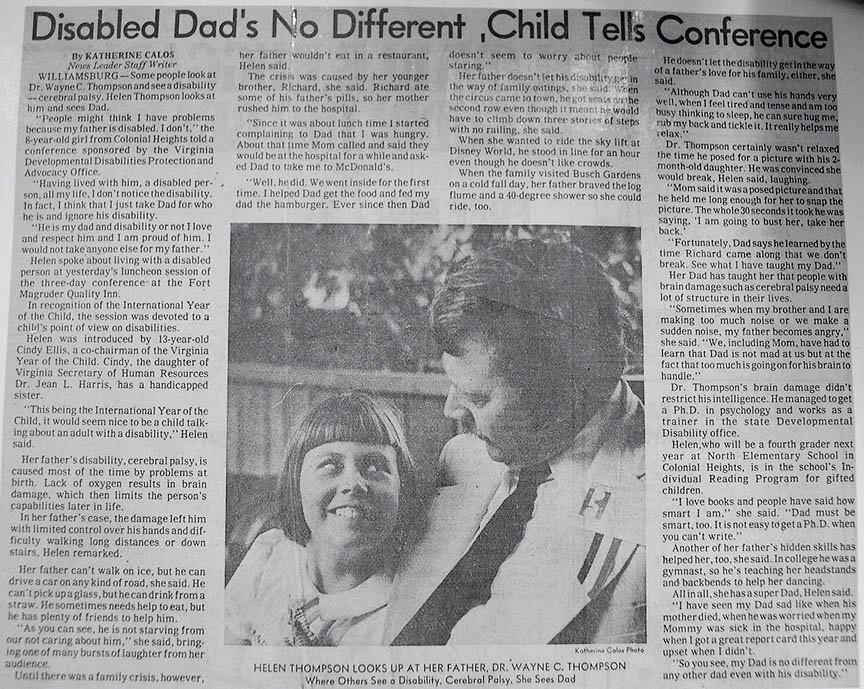